Ardaas can be described as one of the most beautiful creations of Punjabi Cinema. The film was released in 2016, but is still fresh in our minds. We still cannot forget the beautiful story, dialogues and lessons this movie blessed us with. Ad one among such beautiful things is the dialogue,

But when the scene was shooting, director Gippy Grewal noticed the missing dialogue. He asked Rana Ranbir about the same, and then Rana Ranbir told Gippy that he thought the dialogue would seem like an unnecessary preaching to the audience.

To this Gippy didn’t agree and asked him to add the dialogue once again.

This is how the dialogue was added to the script, got filmed and became one of the most popular and loved dialogue from the film.

Gippy and Rana Ranbir proved to be one of the best duos of the Punjabi Industry. No doubt they are extremely amazing actors, but for Ardaas they turned writers too. The story for Ardaas was written by Gippy Grewal, whereas Rana Ranbir penned the beautiful dialogues. 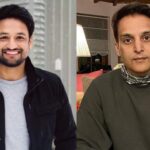 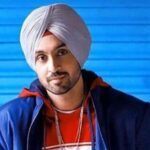