The love and craze for web series nowadays is common just like pineapples in pizza. But how much people accepted and liked it, is proved by their cravings for one more. Mirzapur has set all-new standards in the world on web series, that is why it’s been more than a year, people are waiting for its season 2. Knowing and measuring its popularity among people, here we have cast a few new artists, thinking just in case if it was ever made in Punjabi…

When it comes to the backbone of the story, Kalin Bhaiya, the superstar & favorite villain of Punjabi Industry Guggu Gill will do justice to it. Not only their dialogue delivery, but personality, character, and lifestyle are also always on point.

The charming energy of Mirzapur was all put in one character of Guddu Bhaiya. Who else can we expect performing this role, more than one and only Dev Kharoud. Not only he fits in the hyped-up personality of Guddu Bhaiya, but would definitely rock on screen.

When dialogue delivery and authorative tone is demand of character, who else would fit in Bauji, other than Yograj Singh. They both have got the same one stare enough for louder than words.

Beena Tripathi’s heated up character is nothing less than impossible to perform by any actress. But still, we believe, Mahi Gill might be able to catch the attention of the audience, just like Rasika Duggal did. Mahi Gill, we have hopes from you!

The innocent and good boy of the party, Bablu Bhaiya, can be easily portraied by Jimmy Shergill. He has the innocence, charm, and the roar as per the need. Btw Munna Bhaiya was a really odd fish swimming confidently in the lake of sharks, just like Jimmy Shergill in Bollywood too.

Munna Bhaiya had a different kind of fan following. Not for the violence though, but definitely for the cute threatening dialogues. The first person who comes to our mind, for carrying this personality is Gippy Grewal. His action sequences and expressing dialogue delivery are loved by people.

The little sweet and more salty Golu would suit best on none other than, Sargun Mehta. Though this character came in life a little late but rocked the storyline, this is exactly how Sargun’s entry in Pollywood can be defined, it was late but made her win the best actress for 4 years in a row.

Since no movie or series hits the hit, without any favorite supporting character. So, here comes, Jagjit Sandhu for the role of Compounder. His perfect hold on the dialogues, chemistry with other characters, and comic timing is mind-blowing. Btw, don’t you think, Mirzapur in Punjabi would definitely need a little comic character too? 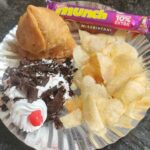 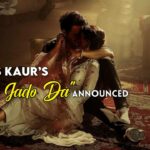