Collabs have a tainted past in the Punjabi music industry and you can credit to our attitude, but it’s always great watching your favorites creates magic on screen. Nowadays we have so many controversies happening that we have even lost the count. But one Pollywood star who has almost no controversies to his name when collabs with someone with a bundle full of mischiefs you can’t guess the outcome.

Well, we are talking about one of the leading actors, an amazing singer, extremely humble Introvert Gil i.e Amrinder Gill who stays in Canada with family and is known for his sense of music and cinema.

In a story posted by Canadian lyricist and singer Karan Aujla on Instagram, Karan is being very respectful to his industry senior and doesn’t miss to hint that there can be a Collab coming soon.

You can clearly see  Amrinder giving positive laughter and Sukh Sanghera who shoots most of Amrinder’s Video, sharing the frame while Karan shows off the space.

Well if that happens its surely going to be a big number and we tell you why?

Starting with Karan Aujla, Whenever Karan had collabs it brought the best in him e.g Collabs with Jassi Gill. Songs were Aukaat and True Talk which were a massive hit, Karan Aujla featured in those songs as well and the audience was mad about it. Karan’s collab with Dilpreet Dhillon “Baby gall suno” was one lit track.

Though Amrinder Gill’s list of collabs is not too long but is also known to be producing hit collabs. Amrinder’s collabs involve:

When both of them have a good track record of hit collabs you can expect a blast. Though these are just speculations based on that story and conversation in fan-based on different platforms. Apparently, Karan Aujla is also coming up with Garry Sandhu which is also expected to be a big number.

We will keep you informed about any developments in this story. If you had fun reading this special story then do show your love by following us on @kiddaan on Instagram and do subscribe to our notifications so that you get notified first every single time when we upload new content. 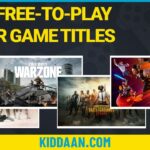 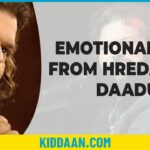