Social media has become a very important part of our lives. Each one of us has our own unusual relationship with it. The most amusing relationship that ever exists is between celebrities and the internet. You must see these outrageous Pollywood celebrity memes of all time! Ever since the memes were invented, social media has become a more engaging destination to stop by time and again. Memes based on the celebrities’ real-life situations, acting skills, emotions, music etc, are some of that stuff that can make your day better.

Punjabi singer and lyricist Sidhu Moosewala is known for his pop music. How will you communicate if you both like the same genre of songs?

We all know, singer Arjan Dhillon is known for his Shayari. He is a singer and lyricist associated with the Punjabi music industry.

Who doesn’t know this Boot cut singer, Prem Dhillon? He blows the music charts with his melodies, songs like ‘lost love’,  ‘Just a dream’ and many more.

Lyricist turned rapper is always at the top of the memes due to his heartbreak. But his identity and from his tracks and albums.

Brown Munde, vocalist Gurinder Gill have topped the Punjabi music charts from his song ‘Majhail’. The singer is very much fond of luxurious cars. 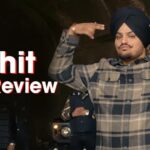 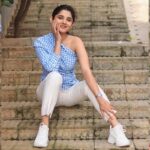