The superstar and our very favourite singer and actor Amrinder Gill has something queued for his fans. It’s been long since we have come across Amrinder Gill on screens or enjoyed his magical vocals in any new songs. But now it is the time we have to start the countdown.

This announcement has moved the internet as the fans have become active and excited for it.

The story says, the dates are reserved by Rhythm Boyz Entertainment and Omjee Star Studios. But no details about the project releasing on the following dates is announced yet. Which means the surprise is still unrevealed, but the fans have started to make random guesses about what could be coming.

We all are free to make guesses by the time the team reveals what actually is coming our way.

Since Amrinder Gill has made this announcement, we are really very excited for it. We wish we could time travel and know what the surprise is and reveal it for you too. 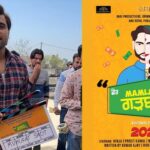 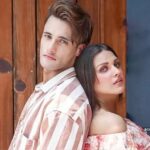