As Russia moves into the second day of its full-scale invasion of Ukraine, Afghanistan’s Militant organization and currently serving as the self-proclaimed government of the Islamic Emirate of Afghanistan, Taliban, has issued an official statement. In the ironic statement, Taliban has urged Russia and Ukraine to show restraint and solve the conflict through dialogue.

The organization expressed its concerns regarding the possible civilian casualties in the war. It also asked both the parties to not exercise violence and resolve the conflict through dialogue and peaceful means. It also urged the parties to pay attention to safeguarding the lives of various Afghan students and migrants in Ukraine.

ALSO READ | Why Is Russia Attacking Ukraine? Reason Behind The War Crisis Explained In 5 Points

Russia declared a full fledged war against Ukraine on 24 February, 2022 after months of tension on the borders. It is mainly against Ukraine’s move to join NATO. On 25 February, Russia moved to the Ukrainian capital, Kyiv. World leaders like the US President Joe Biden and UK PM Borris Johnson has imposed severe sanctions against Russia opposing their attack on Russia, calling it ‘unprovoked and unjustified’

Several casualties and deaths have been recorded so far, however, a fixed figure remains undisclosed. The Ukrainian leader has reportedly pleaded the world for help and has stated that they have been left alone to fight against Russia. On the other hand, Russia called its first day of invasion successful and has reportedly taken control of Chernobyl, the site of the 1986 nuclear disaster, on the second day.

ALSO READ | From Petrol To Wheat: List Of Things That Will Be Expensive Due To Russia-Ukraine War

The situation in Ukraine remains uncertain and nobody has ideas about what Russia is planning next. Many people have called it a probable beginning of the World War 3 and has labelled the attack as the worst military movement Europe has ever seen since World War 2. 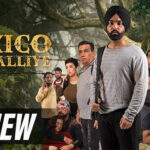 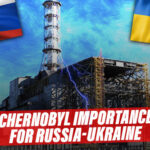