Elon Musk, the CEO of Tesla and world’s richest man, is trying to take control of Twitter Inc., an effort Twitter is resisting. Though why Musk is trying so hard to buy the social media platform and take it private isn’t entirely clear. To resist the efforts of Elon Musk, the so-called “poison pill” has been proposed by Twitter to use against Elon Musk. It is a mechanism with a proven track record that could force the outspoken entrepreneur into negotiations.

What is Twitter’s “Poison Pill”?

It is a defensive strategy developed in the takeover boom of the 1980s – a poison pill, more formally known as a “shareholder rights plan”. In most poison pill defenses, a company announces that if an activist investor or opportunistic buyer purchases more than a certain amount of its stock, it will issue new stock and sell it at a discount (or even give it away) to all shareholders except for the person pursuing a takeover.

Twitter said in a securities filing that its plan would impose a “significant penalty” on any person or entity that would acquire more than 15% of the company without board approval.

“The board adopted the rights agreement to protect stockholders from coercive or otherwise unfair takeover tactics,” according to the filing.

To halt a takeover, the board plans to activate the pill if the Tesla CEO comes to own more than 15 percent of Twitter. He already holds 9.2 percent of the company, and said Thursday he has ready the $46.5 billion necessary to make an offer for the rest. Such a “pill” would allow other Twitter shareholders to purchase shares at half price, increasing the amount of shares in circulation and weakening Musk’s influence. It would then be nearly impossible for him to take total control of the company without having to spend significantly more than he had originally planned.

The “poison pill” was invented 40 years ago by business lawyer Martin Lipton to counteract a wave of hostile takeovers on Wall Street.

Companies often argue that hostile takeovers can be unfair to at least some shareholders because activist investors can lower their offer price once they’ve reached a level giving effective control. Twitter is using the poison pill defense in order to buy time to come up with a plan that would be in the best interests of its shareholders, including possibly being acquired by other buyers. 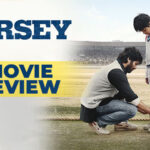 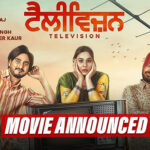