Singer and actor Ammy Virk is one of the most loved Pollywood Stars at the moment. He’s achieved great heights in every field he’s stepped into. Be it Singing, Acting, Hosting or anything, he’s always given his best and as a result, he’s made a special place in the hearts of millions of his fans. But do you know the same is the reason why Ammy sometimes gets uncomfortable sometimes.

The actor said that it places a burden on him that when everything’s going so well, a minor mistake from him can make people dislike him. He takes care of little things to not lose the great extent of love he gets from his fans.

He further added that though he gets so conscious of these minor details, the almighty has always had his hands on him. He’s always been blessed and never felt low in his life. Ammy said that he feels like God has always carried him in his career.

It is interesting to know that what the whole world is thriving for, makes Ammy conscious. A celebrity’s life looks lavish and fun from the windows but when we come to know about these little things, we realize that no job is easy in the world. One can only know about the lives of these public figures by stepping in their shoes. 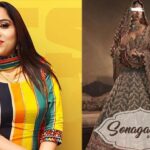 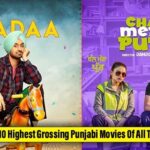