Every fan of the Punjabi Music Industry loves Garry Sandhu. And there is no contradiction to the fact.

He is a talented singer, actor and an excellent lyricist too. But not everyone is a born artist, there are times when situations force you to step into some unexpected field as well.

And the same happened with Garry Sandhu as well. Do you know the story behind his struggle and what exactly pushed him to not only sing but also write songs?

If not, you’ll get to know about it today. When Garry Sandhu planned and bought his first song from a lyricist in India, he was charged a lot. But because of no relations in the industry, he couldn’t record the song in time. And by the time he could record and release it, the song was released by some other artist.

And it was when he realized the lyricist not only sold the song to him, but to some other artist as well. When Garry Sandhu demanded his payment back, the lyricist refused. This was when Garry realized and thought of trying his hand on writing as well. He started writing songs and wrote 7-8 songs for himself which were released in his first album.

And what happened next is the history. We all know how well Garry pens the lyrics of songs.

Now, he not only writes for himself but he has written various songs for many popular celebrities like Jasmine Sandlas and G Khan.

They say time is swift and has the power to turn the tables in no time. And it is well proved by the career story of Garry Sandhu. From the day when his song was released by another artist, to the day when artists dream of getting songs written by Garry Sandhu, he has grown up like a boss. 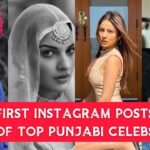