The leader of the Republic of China, Marshal Chiang Kai Shek, took the refugees on the island of Taiwan, recreated martial law and a provisional administration there in 1950. Even though they made up only 15% of China’s immigrant population at the time, the Chinese seized control of the island. The Republic of China was recreated in Taiwan as a result of this seizure.

In 1951 the San Francisco Treaty was signed by Japan, which meant giving up its claim to Taiwan. A mutual defence treaty was also signed between Taiwan and the United States in 1954, although the Chinese government disapproved of it. Indeed, these actions and affiliations were of the utmost significance in the crucial cold war setting. Additionally, Taiwan was supporting the Western alliance, which strengthened their position as the enemies of China.

China once more urged Taiwan to be a part of its “motherland” in 1979, as the US adopted the Taiwan Connections Act, which establishes relations between the US and Taiwan. However, Taiwan reacted negatively, asserting its right to independence.

In 1986, due to the Lieyu incident, the Taiwanese army shot 19 Vietnamese refugees on a beach on Lieyu island. After the martial law that had been in place since 1949 was lifted, Taiwanese citizens were free to go to the People’s Republic of China. Moreover, at the time, it appeared like the relations between China and Taiwan were improving, but in 2000, the Chinese government produced a white paper in which it said that Taiwan’s rejection of China’s unification or its declaration of independence was a “casus belli,” or justification for war.

Now, with Nicole Pelosi visiting the self-ruled island as the highest-ranking American diplomat in 25 years, China has declared military manoeuvres in reprisal and strongly condemned the move of the US, warning it of paying for its mistakes.

This entire battle has been continuously going for years, yet no solution has been obtained on the issue. 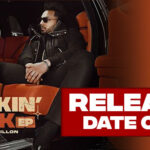 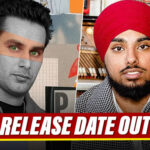