Punjabi singer AP Dhillon has certainly taken the internet by storm with his ‘insane’-ly amazing vocals. There are certainly no ‘excuses’ for us to not hear his songs yet since they’re all over social media. The singing sensation has garnered success in a very short span of time. But have you wondered the secret behind his massive success and popularity? We found out a lot of little things which eventually are the reason behind all the limelight on him. Have a look and get to know.

Once the ‘Brown Munde’ song was released, his popularity grew exponentially and people started following his music like crazy. The man behind his brown Munde Gang; Gurinder Gill And Shinda Kahlon are the backbone of AP’s song. Brown Munde is no longer only a track, but a vibe for sure. The music is produced by Gminxr with lyrics penned by Shinda Kahlon and released on Run-Up Rercords. The song has always topped the music charts.

The music of his songs is truly hypnotic enough to melt anyone’s heart and head. From long drives to a house party, we all listen to his music. AP’s songs have cult fan-following and if you still haven’t got tired of this song, chances are you are an AP Dhillon fan. Manni Sandhu, Gminxr, Intense, Manu are some talented music producers behind his hit songs.

If you have just fallen in love or your heart is broken, then his songs will make you feel that every line of the song is about you. Be it Insane, Desire, Excuses- every song has its own crisp and feel. His relatable lyrics in songs makes us more connected to the singer. And if talking about credits then Shinda Kahlon, Herman Atwal, Gurinder Gill are some people behind the addictive lyrics.

His songs like Ma Belle, Excuses, Insane, Brown Munde have taken over the internet. Wherever you go, the song is being played on loop. His songs became so famous that it kicked off evertu trend. So, naturally, everyone on Instagram is making sure to use the song’s popularity to make some kickass reels.

Brought Something New For The Audience

AP Dhillon along with his group Gurinder Gill and Shinda Kahlon always came up with something different for the industry. They have brought a type of new wave in the Punjabi Music Industry, a wave we had never seen before. And the success of ‘Brown Munde’ is not hidden from anybody.

Sustained His Unique Style Of Singing

After haining success with the song ‘Brown Munde’, the singer has maintained the quality and vibe with his other songs too. Each and every song became a sensation and he then reached the limelight of success. The singer is now on cloud nine with his variety of meaningful tracks.

Before his ‘Takeover Tour’, he released his EP ‘Hidden Gems’ which immensely got innumerable love from the fans. People went crazy over his albums and EP. His Takeover Tour created magic and sold out every ticket. People enjoyed his live shows and grooved over the music along with the singer.

Undeniably, the entire nation is going crazy for AP Dhillon’s track. From trending Instagram reels, to Bollywood celebrities shaking a leg on the track, AP Dhillon has really made it big. Celebs like Ranveer Singh, Alia Bhatt, Hina Khan, Vicky Kaushal and many more expressed their love for the artist by grooving on his tracks.

Honestly, you’re living under a rock if you aren’t aware of this talented sensation at the moment. He has made a special place in people’s hearts. They always promise and deliver amazing numbers which immediately force them to add the song to our playlist. 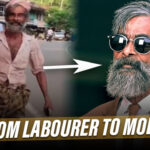