Right from the beginning of his acting career in ‘Luv Shuv Tey Chicken Khurana’ to his outstanding performance in ‘Sardar Udharm’, Vicky Kaushal’s charm and talent never failed to attract the attention of the Indian Film Industry. His fan following is huge and his charm is inevitable.

Vicky Kaushal has a fanbase of millions, who happen to follow him on various social media platforms, and show their affection in the comment sections of his posts. Every fan of Vicky Kaushal wants to meet him in person and share direct conversations. Many of his fans are seen outside his house waiting to see Vicky,and get a picture clicked with him. With his unmatching fame-game, the craziness of fans is inevitable. But did you know a fan girl once stepped into his house claiming that she is his friend?

Isn’t that an unbelievable story? Though it was a fake account who landed her at Vicky’s place, she must be lucky and happy that she somehow ended up meeting the parents of her favourite star. 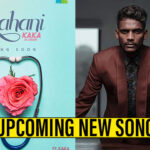 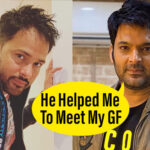