Kulwinder Billa undoubtedly is one of the best singers of Punjabi Music Industry.  But just like everybody else, Kulwinder Billa also went through a tough time. His fans know that he has fought with depression and stood again.

All this happened because a Music Company cheated him. He was in contract for 5 years with a Music Company which released Billa’s first album. But they got Kulwinder bound with 2 more years with them without letting him know about it.

In this time span, the company didn’t let Billa work like he wanted to. And all this pushed Billa towards depression. But when finally he was out of the contract with THE Music Company, Billa had a chance to work independently and prove himself. And the best part of the story is Kulwinder was successful in impressing the audience once again in 2 years only. He did everything which he couldn’t do while in contract.

We can say that all the tough times and ups 7 down which Kulwinder Billa has experienced in life has only made him stronger and a real fighter. He knows what his goals are and we hope he does even better in life.

More Scoop: When People Got Worried About Tania’s Pimples In Sufna! 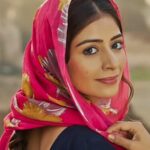