Success might sound sweet, but for that, one has to travel all the miles of struggle and hard work. There are so many successful people on this planet, who have risen from modest backgrounds. One such story is of prominent Punjabi singer and actor, Gippy Grewal.

Punjabi audiences present in every corner of this world are very well known to Gippy Grewal’s fame and success. But very few people know that the success he has, is actually very hard earned.

He and his wife, Ravneet kaur used to do three shifts in a day. At that time, the couple had to wake up early in the morning and deliver newspapers as their very first task of the day. After that, his wife had a shift in Subway and Gippy had to work in a marble manufacturing firm. He had to work on gravel and stones. The format was to take gravel and cement and mix colour in that. Even his hands used to get injured several times while working there.

In an interview, he said, “No matter how many times I took a bath, cement was always scattered in my place. All the time, I had to work in cement and dirt. After having dinner, my wife and I used to go to a mall. That mall was closed everyday at 10 PM and a contractor gave us the contract for cleaning. I had to mop the floor of the entire building and my wife cleared the food court. She had to pick all the dirty trays, and wash them all.”

Gippy Grewal’s hard work paid off really well. Today he is counted among the most respected and loved artists of Punjabi Film & Music Industry. His struggle story is inspiring to not only all the struggling artists but to each one of us. 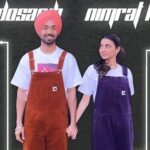 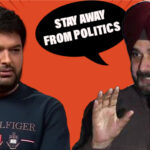