What would you expect from two superstars, both at the top of their game? A rivalry would be the most suitable answer. Sidhu Moosewala and Diljit Dosanjh do not think so. Both the stars are currently the undisputed kings of their respective fields. One would expect them to be eternal rivals, passing comments, replying to each other publicly. Putting aside their positions in the industry, the artists once had a friendly moment together.

When Diljit Disanjh had come out with his album GOAT, he lightened up the whole industry. People were all praises for the album. It had a song called Clash, produced by The Kidd and written by Raj Ranjodh. Sidhu Moosewala made a video with the song playing in his tractor.

While the whole industry produces a new controversy each day, we forget to see the positivity that goes by. Diljit and Sidhu are both some of the most popular Punjabi stars the industry has ever produced and such positive exchange between them is enough positivity for the day. 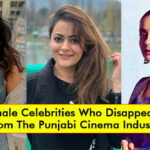 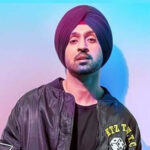