A very unusual incident has taken place. The world’s richest man aka Billionaire Elon Musk, reached out to the 19-year-old administrator of a Twitter account that tracked the whereabouts of Musk’s private jet. Reports of Business Insider suggest that Musk offered him $5,000 to take it down.

Musk, the owner of Tesla and SpaceX, messaged Jack Sweeney, owner of the account last year, a little past midnight. Musk made the offer, citing the account posed a security risk.

In an interview, a young boy revealed that Musk directly messaged him a few minutes after midnight asking “Can you take this down? It is a security risk.”

Sweeney responded, in jest, saying it would cost Musk a Tesla Model 3, which runs about $45,000. Musk asked Sweeney how much he made off of his Twitter accounts, and Sweeney responded no more than $20 a month.

Musk reportedly offered Sweeney $5,000 to shut down the account, and Sweeney counter-offered $50,000 saying it would be a great support in college and would possibly allow him to get a car. Jack Sweeney runs 15 flight-tracking accounts using a bot he created that automatically posts when a celebrity’s flight leaves or lands at an airport.

Moreover, Musk said in his messages to Sweeney that it “Doesn’t feel right to pay to shut this down” and encouraged Sweeney to accept offers of Bitcoin he’s received from others to keep the account open instead. Eventually, Musk stopped responding. Further, Tesla representatives did not immediately respond to requests for comment.

However, when asked Sweeney how he felt about Musk reaching out to him, he said, “Cool, but kinda scary at first. He added that he would like to work for one of Musk’s companies in the future. 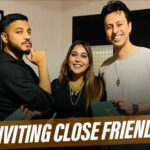 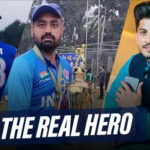