Famous Punjabi singer, actor, director and producer, Gippy Grewal is a name which is loved by every Punjabi. Wherever he goes, his fans follow him with full zeal. His popularity is endless and his fame touches the sky. His journey from struggle to success was not that easy.

Gippy used to work in a Delhi based hotel named ‘Crown Plaza Surya’ as a waiter. And at that time, a friend of his worked at ‘Le Meridien’. Whenever he went to visit that friend at his workplace, Gippy used to admire his workplace, and wished to work there. The ambience and infrastructure of the hotel was so good that it impressed him alot. Even to get work in that hotel, he joined a training program there; but it all went in vain.

He has so many old memories attached to that hotel that whenever he stays in Delhi, he stays only in Le Meridien. He feels nostalgia there. In an interview he said, “Whenever I stay in that hotel, and the staff arrives for room service; I see my past in them. I ask them about food preparation and when they say that they know nothing about food preparation as they are into room service, and not kitchen; I tell them you should know. I used to know it all back when I worked as a waiter. I sit with them and share certain talks. I love talking to them.”

Back in his waitering days, Gippy Grewal used to feel very nervous. He was afraid of the nature and mood of the guests. The first ever guest he attended as a waiter was rude to him. He returned him the bill book back with no tip. When Gippy was going back, he called him back and handed three rupees as tip.

Undoubtedly, Gippy has risen so marvellously that his past is so much behind him. Gippy’s attitude very well defines that he is a man who kept his feet on ground, while touching the height of the sky. 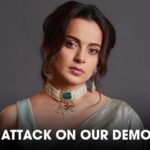 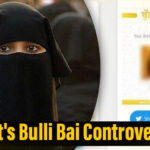