Sargun Mehta is a familiar name when it comes to Punjabi Film Industry. She is one of the top actresses of Punjabi Cinema today. But did you know there was a time when one of her managers told her that nobody will offer you a lead role in Punjabi Films, and what Sargun did next will blow your mind.

Yes the story is true and thrilling too. It’s said that demotivating anyone is not a good idea, but little did the manager know what he will have to face after throwing such a comment on Sargun Mehta.

In a recent interview with Hindustan Times, Sargub revealed that when she was thinking about heading towards the Punjabi Film Industry, her then Manager suggested her to drop this idea. The manager said ‘Aapko  Punjabi Filmo mein heroine koi nahi lega’. This annoyed Sargun and she couldn’t resist firing him.

She fired him from his job as a manager, and headed towards her plan like a queen.

She stepped into Punjabi Film Industry with a superhit movie ‘Angrej’ with Amrinder Gill who is a popular superstar of the regional industry. The movie was a huge success and superhit, which helped Sargun open more doors for her Career in Punjabi Industry.

By the way, the way Sargun ignored her manager’s demotivating advice is the best real example of a popular Hindi song of Kishore Kumar, “Kuchh to log kahenge, logon ka kaam hai kehna”.

When A Passenger Kissed The Cab Driver; Babbal Rai’s Cheek 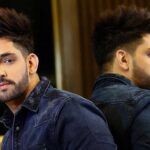 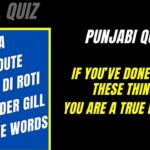