Kapil Sharma’s much-awaited stand-up comedy special, I’m Not Done Yet recently released on Netflix. Throughout the show, he talks about his life and journey in a way he’s never done before. He revealed a few things and answered a few questions.

From his education to love life, funny moments to emotional, Kapil spilled the beans about his success journey. Apart from everything, one of the incidents that caught everyone’s attention was when he along with his friend was kidnapped by a family. But luckily Amrinder Gill helped them to get free.

The story is quite intriguing. Sharma revealed that he always had an interest in music and during the days of his career he joined popular Punjabi singer Amrinder Gill as a ‘backup singer’- the one who would sing the chorus.

Once Amrinder Gill couldn’t perform at a wedding he was supposed to, Kapil was asked to go to the family and inform them about his inability to perform. And when Kapil along with one of his friends reached and told the family about the situation, they asked Kapil and his friend to close the door of the room in which they all were sitting. Then the man in that house told Kapil and his friend that they can’t go, unless the singer comes.

They were afraid but the family treated them very well. They offered food, drinks and many other things. Though they were getting VIP treatment, they were stuck in the house. Kapil said that they were kidnapped until Amrinder Gill reached the wedding venue to perform.

This anecdote has surely reached everyone’s heart. Not only this, both Amrinder and Kapil share a great bond. And there are many tales about the duo which have really won our hearts. 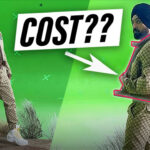 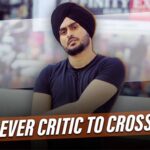