Yash is a superstar actor who requires no introduction. He has acted in many amazing movies and played great characters but he rose to fame with his blockbuster hit movie KGF.

Recently KGF: Chapter 2 was released and it broke many records worldwide. It went on to cross the 500-crore mark at the box office within 4 days of its release. In fact, the film’s trailer broke records by becoming the most viewed movie trailer in a single day with 109 million views. And this was not all, the film made Yash aka Rocky Bhai a sensation and added a huge mass to his fan following.

Also Read: Do You Know The Fees Of Yash, Sanjay Dutt And Other Stars For KGF: Chapter 2?

But can you imagine him serving teas, breakfast and arranging cigarettes for film directors? Yes, the actor who has millions of fans today has struggled so much in life. There was a time when he worked in movies as an assistant director. But during that time he was not assigned with any productive duties but was asked to bring tea, breakfast, cigarettes and other stuff for film directors.

In an interview with TV9, Yash revealed that when he was assigned such work, it used to hurt his ego. There were times when he asked himself is this what he always wished to do? Not only this, Yash also revealed that every time he used to sit and have food with directors and the film’s team at the same table, everyone used to stare at him. He did not quit and lost hope only because he did not want to go back to his home as a failure. He continued to work hard, and here he is today, the biggest superstar of India.
Also Read: KGF Chapter 3: Shooting Of Megahit Movie’s Third Installment Confirmed. Check Out Latest Details

Yash works in the Kannada film industry, but the world knows him and his potential. Talking about Yash’s last superhit film KGF: Chapter2, the franchise has already announced its Chapter 3 which is in progress right now. 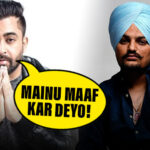 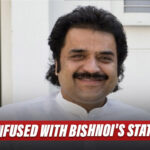