A new addition has been made to the list of Punjabi love ballads that is Jassie Gill and Happy Raikoti’s song ‘Pyaar Mangdi’. Released a couple of months back during lockdown, the track is meant to melt hearts instantly.

It is one of the tracks with which every girl in love can relate, as it not only talks about how all she needs is his love and attention but also about how jealous she gets one someone else tries to get around her beloved. Apart from the song’s story, there has been a very interesting story behind this song.

From Selling His Mother’s Bangle To Gifting Her Four. Happy Raikoti Grew In Life

This love track was shot in two countries, Canada and America. Both Jassie Gill and Happy Raikoti shot their parts in their respective countries. In an interview, Happy Raikoti unveils more about the song shooting. He said, when they decided to film the song, Happy was in America whereas Jassie was in Canada. So, Happy decided to travel to Canada for shooting.

Unfortunately, he was stopped by the officers in Vancouver, as visitors were not allowed during the pandemic. So, Happy went back to America and shot his part there instead. Both artists hired some crew members for the filming. The song no doubt shows great picturesque locations.

Both Happy Raikoti and Jassie Gill gave many romantic songs to the industry which became immense hits in a very short time and ‘Pyaar Mangdi’ song is one among them which touches the heart strings of the audience in no time. 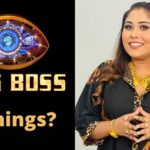 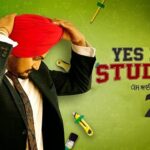