Parmish Verma debuted as a director with Ninja’s song Thokda Reha which initially turned out to be one of the hits of 2015. But did you know, the actor-director made many appearances before finally making it to his debut video!

Parmish used to do theatre in his initial days of acting, appeared in a movie named Punjab Bolda, did other music videos and then finally made up as a director. But it wasn’t that easy for him to reach there, rather he had to face a lot of criticism too. And that too for his body tattoo’s.

Parmish has inked his brother’s name on his left hand’s forearm but this led the actor into trouble years back. Parmish was shooting for a cameo in a film, his shot was to be captured on a jeep. He was sitting in the jeep, resting his hand when one of the team members shouted at him in the mic.

That guy yelled at Parmish and started taunting him for his forearm tattoo. ‘Tattoo Kara Laine O Baah’an Te, Tusi Karni Ae Acting…!’ (You get tattooed, Are these the signs to become an actor!) This entire statement by that person hurt Parmish’s emotions and feelings.

He had a thought of leaving his acting career but won’t get the tattoo replaced and removed as it is his younger brother’s name on his hand. That incident discomforted Parmish and somehow forced him to become a director. Later he decided and did whatever he could do to make his name shine among the audience.

Undoubtedly, it turned true and in 2015 Parmish made his debut as the director and in 2017 rose to fame with his single, Gaal Ni Kadni. The actor-director today feels grateful to the audience as they have accepted him the way he was. 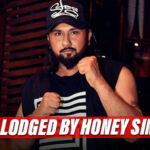 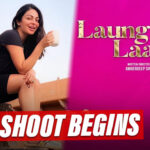