We all have watched Sufna and loved the chemistry between Tania and Ammy Virk. And there is no doubt in the fact that Tania’s natural beauty and commendable expressions were the show stealers. Do you remember the tiny brown freckles on Tania’s face?

There are chances that you are one of those who kept thinking what happened to Tania’s skin. As Tania told in an interview that when people saw her look, they were worried and asked her about what’s wrong and how come she got pimples on her face.

But then Tania clarified them that it was actually makeup and they thought of giving this look to her character to make it look more natural and real. Because the women who work under the direct sunlight often get such freckles on their face.

By the way, we must say those freckles didn’t do any harm to Tania but definitely made her look even more appealing and beautiful.

Also Read: B-Praak’s New Tattoo Is Dedicated To This Special Person. Find Out Who 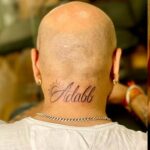 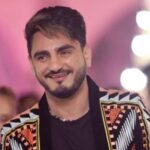