Kaka has become a prominent singer in the Punjabi music industry today. He has released numerous tracks, none of which have proven to be a disappointment. But do you know the story behind how the singer collected money before entering the industry and becoming famous?

The singer was just another common middle class man before gaining popularity. He was in desperate need of money for promotion and mixing of his songs and various other expenses. Hailing from a middle class background, the singer did not have that much money, and decided to borrow it from his friends. He had already borrowed 5000 from his friend Raghbir Singh (Raju) and 20000 from Karan Rajput. Kaka was yet to release his song “Dhundh Di Khushboo”. So, he also needed money for its promotion. He decided to return Karan and Raju’s 25000 and borrow 30000-40000 again for the same. It doesn’t settle here. He needed money for the promotion of various other songs too. So he decided to upload 2-3 songs on youtube by producing the music himself and believed that something positive will surely happen. Under so much debt, still the singer did not lose hope and believed in God’s destiny, that’s what makes a common man, a future star.

“A friend in need is a friend indeed” all of us have heard this but Kaka’s friends proved this saying right. Kaka also uploaded a story on his instagram with a screenshot of 4 June, 2020, where he created a note about his various problems.

Kaka handled his Hard times with patience and waited for the right time to come and kept hustling. Today’s he has made his place in the industry. He has also added the above mentioned story in his highlights, so that whenever somebody feels low or feels like there is nothing left in their life, they can be motivated by viewing Kaka’s journey. 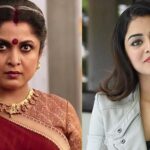 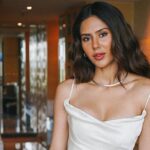