Punjabi superstar Diljit Dosanjh has achieved heights in the industry, few can only imagine. Not only in the Punjabi music and film industry, also in the Bollywood industry. As every successful man has once seen failures, embarrassments, hard times and much more to become what he is, Diljit too had one such phase.

During a live show in 2011 the singer had an embarrassing on-stage moment where he slipped and fell down while performing the song “Lakk 28 kudi da”.

He received hate comments and was made fun of on social media for this. But, Diljit was always a savage!

Diljit Dosanjh is somebody who doesn’t like to be in controversies but does not keep quiet when a reply is necessary. He always has a reply for such trolls. We saw his other side in 2020 too, when he got involved in a Twitter spat with Bollywood Actress Kangana Ranaut, who was constantly making fake allegations against the farmers protesting in Delhi.

The clip gives us a warning, do not bother the sleeping lion, else when he will attack, he is bound to come strong. 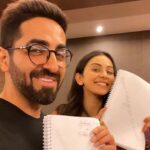 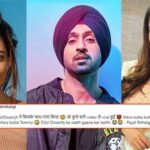