Ranbir Kapoor is surely a chocolate boy of the Bollywood industry and makes millions of hearts beat with his attractive looks and stunning personality. He always made it possible to hit the headlines, be it in his personal life or professional. And undoubtedly, the actor’s personal life is also a hot topic of discussion for his fans.

But one of the things that caught everyone’s attention is his relationship with Deepika Padukone. But later the news came out that Ranbir started dating Katrina Kaif and cheated on Deepika for her. After the breakup with Deepika, the closeness of Ranbir and Katrina increased and their affair came into the discussion.

When asked from Ranbir Kapoor about this, he once revealed and admitted to cheating on Deepika Padukone. Ranbir said that he has cheated, out of immaturity, inexperience, taking advantage of certain temptations, or callousness. But he realizes it now. He even added, “when you grow up and you value it more, why be in a relationship, why to be committed to someone when you cannot be committed?”

Meanwhile, in 2010, when the duo just had a breakup, Deepika made cheating allegations against Ranbir Kapoor. “For me, s*x is not just about physicality; there are emotions involved. I have never cheated or strayed when I’m in a relationship. If I’m going to be fooling around, why would I be in a relationship? It’s better to be single and have fun. But not everyone thinks like that. Maybe that’s why I’ve been hurt in the past. The first time he cheated on me, I thought there was something wrong with the relationship, or me. But when someone makes a habit of it, you know the problem lies with him,” Deepika revealed in a media interaction.

Deepika even shared that she once caught him red-handed and that was the time she decided to finally move on. Now, the actress is happily married in her married life with popular star Ranveer Singh. While speaking of Ranbir, he is also currently dating Alia Bhatt and if rumours are to be believed, the duo will tie the knot soon. 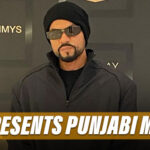 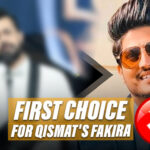