There is just a single Ranveer Singh in the business, and maybe there probably won’t be one in that frame of mind too. We say this because, unlike other Bollywood superstars, the young man has never learned to play safe. His showiness and blamelessness hit harmony with his fans, which are not partitioned by any class.

Ranveer didn’t hold back when he admitted that he lost his virg*nity at 12 to an older woman, in contrast to the industry’s A-listers, who kept their s*xual experiences private.

In a cond*m commercial nearly six years ago, Ranveer impressed his fans with his free-spirited dance and took the internet by storm.

He undoubtedly gained more female fans as a result of the advertisement. In addition, Ranveer decided to openly discuss his early s*xual encounters even though everyone else discussed the cond*m ad.

“When I did it, I think I was around 12 years old. I got right to work on everything early! I was far ahead of everyone else, to the point where all of the mothers at school used to say that he (Ranveer) was the rotten apple ruining all of our children. I used to teach the boys while preaching to the entire boys around me. They hadn’t heard of it, and I became the expert because I started so early. In a 2014 interview with Deccan Chronicle, Ranveer Singh admitted, “Yes, I had that keeda, or maybe I was the keeda.” Even though he got into a lot of trouble.

After that, Ranveer left to explain why he had tried s*x at such a young age. He stated that he began having s*x at a young age due to curiosity. He also emphasized breaking the taboo surrounding s*x by having open and healthy conversations about it.

“When I’m driving, I see these signs pass by. Someone is selling this, and someone is selling that, so why aren’t cond*ms being sold? I thought to myself. Then I realized that the only cond*m advertisements we have are extremely provocative. That ought not to be the only widely accepted definition of s*x. We as a society have developed; Our perspective on the matter has evolved. So that we can discuss this openly and healthily, Ranveer stated, “Someone needs to point that out, or else people will continue to treat it as taboo.”

At the time, Ranveer was probably the only mainstream actor to appear in a cond*m commercial. The actor from Ram-Leela stated that he believed it was a necessary step to raise awareness of s*x and s*xual desires.

“I came up with this idea, so I called my team and asked them to get in touch with Durex. I knew it was a big risk and assumed I would receive a firm slap or two thumbs up. But it sold well,” he had stated.

After his on-screen roles increased in popularity, Ranveer also admitted to loving female attention in the same interview. Because I was a fat kid for a long time, I found it very cool when girls hit on me. Ranveer stated, “I became sexy at a later stage.”

Additionally, he stated that he would not mind going bare on screen. I’m truly comfortable in my skin,” he said.

In addition, Ranveer has stated that “birthday s*x” is the ideal present for a birthday and that he would never miss out on it.

We have to admit that was quite the confession. 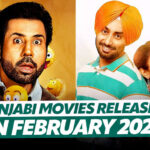 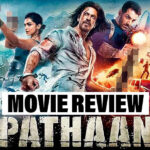