The hype that the upcoming movie ‘Sardar Udham’ has created is very amazing. Vicky Kaushal is being praised for his super act as Shaheed Udham Singh in the movie. Equally Amol Parashar is also being admired after his revelation of the look of Shaheed Bhagat Singh’s role in the film.

Sardar Udham was a revolutionary who assassinated Michael O’Dwyer in London to take revenge for the 1919 Jallianwala Bagh massacre in Amritsar, Punjab. He was deeply influenced by Bhagat Singh & his group. Vicky Kaushal who is playing Udham Singh’s character shared a post regarding Sardar Udham’s  imprisonment and escaping from India to Europe to plan the murder of Michael O’Dwyer, who was the main reason behind the Jallianwala Bagh firing.

In 1924, Udham Singh was involved with the Ghadar Party which ran an international movement to overthrow British rule in India. In 1927, he came back to India after the orders of Bhagat Singh. After returning, he got arrested for the possession of unlicensed weapons and possessions and copies of prohibited Ghadar Party paper called “Ghadr-i-Gunj” (Voice Of Revolt). Sardar Udham was summoned and sentenced to five years of imprisonment.

Sardar Udham Trailer Review: Vicky Kaushal Has Everyone On Their Toes As He Plays The Great Revolutionary

He was released in 1931 and was in regular surveillance by the Punjab Police. He successfully evaded the police and escaped to Germany, London making his way through Kashmir. Later, he reached London and he got a job as an engineer there. He then constantly used to make private plans to assassinate Michael O’Dwyer and was successful in doing it after some years in London itself.

It will be thrilling to see this historical movement in a movie. Sardar Udham will be released on Amazon Prime Video on 1 October, 2021. It will star Vicky Kaushal in the lead and Amol Parashar will be seen playing the character of Shaheed Bhagat Singh. 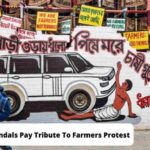 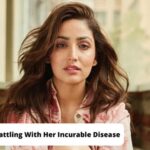