Shehnaaz Gill who calls herself ‘The Queen of ‘Big Boss 13’, is a sweet and bubbly Punjabi girl, who won the heart of the entire Indian Entertainment Industry with her super cute nature. Her journey from modelling in Punjabi songs, to Big Boss 13, becoming famous, and working in super hit movies is definitely something which stuns us all.

However, not everyone knows about her family’s reaction when she chose acting and modelling as her line. She was scolded and hit by her parents a lot. She studied while staying with her maternal uncle (mama) at his home. When her uncle was present in his home, Shehnaaz used to have a book in her hand as she feared him alot. As soon as her uncle left the premises of the house, she used to touch her hair in front of the mirror and embrace her beauty. Once her uncle caught her doing that and she said she was acting. After that, her uncle hit her for what she did.

In an interview, Shehnaaz Gill said, “Whatever I wish to do, I do that no matter what. My family asked me not to come back home if you want to pursue acting as a career. I was doing B.com at that time and I left that incomplete. My parents asked me to complete B.com, and become an accountant. They feared the thinking of people around them. But I told them that either I will die, or will pursue my passion. I did what I wanted, and my family is back in touch with me.”

Shehnaaz’s fearless personality and unmatching charm is what separates her from others. She has not only fought stereotypes, but also made herself so popular that today, every parent wants their kid to be as famous as Shehnaaz. 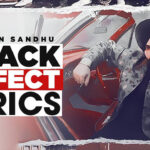 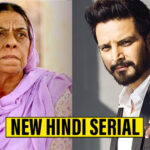