Superhit movies and chartbuster songs, Punjabi Industry serves us with the best entertainment possible. And there are some names, who have become the most consistent in the Punjabi Industry.

And Sonam Bajwa is definitely one of them. Sonam Bajwa has worked in various hit and superhit movies and earned a huge fan following.

We have loved her for her commendable acting skills and continuously rising career.

Her movies like Nikka Zaildaar, Guddiyan Patole, and Ardab Mutiyaran are some of her best performance projects.

But do you know one among the above mentioned movies had a popular character of Sonam named by Sonam herself?

Sonam named her character in the superhit movie Arbad Mutiyana. She named herself Babbu Bains, because she was not convinced with the name previously decided.

She thought of a new name with Jagdeep (dialogue writer of Guddiyan Patole). She shared the idea of Babbu Bains with Jagdeep and he really liked it.

Next day, when she shared the idea with the entire team of the film, everyone liked the name and hence her character was finally named Babbu Bains.

This name has become remarkable and everyone who watched the movie couldn’t forget it.

The film and Sonam’s character in it, both became very popular and created buzz in the industry. But not everyone knew that Sonam Bajwa named herself in the movie. Did you? 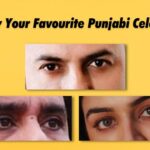 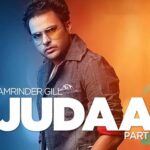