We all have had a crush one somebody in our student life. And the same is the story of Gurnam Bhullar. But have you ever been called a brother or sister by someone you like? If yes, then probably you’ll feel the pain of Gurnam too.

When Gurnam was a student, he had a crush on a girl. While Gurnam was in Bhangra group, she was a part of Gidda team. And Gurnam used to stay at the auditorium even after his practice, just so that he could see her. But one day his heart was left broken as the girl called him Veera while asking him to pass something from besides.

By the way, in this way or other, we all have been heartbroken sometime. But this incident is something we would never like to happen with us!

Also Read: Here Is The Question By Jimmy Shergill Which Sonam Bajwa Ignored 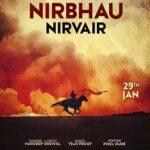 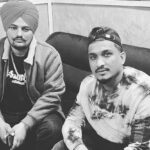