Our favourites, Parmish Verma and Wamiqa Gabbi developed a strong bond during the shooting of their film, Dil Diyan Gallan. But meanwhile, an incident by Wamiqa left Parmish embarrassed in front of hundreds of people in a restaurant.

Not to worry about it, Parmish and Wamiqa brozoned each other and the former used to consider the actress as his ‘Bro’. But who knew the actress would totally change to get her charger back. Actually, while shooting a scene of Dil Diyan Gallan in London, when the team was off-camera, Parmish went to have a coffee in a busy restaurant alone, taking away Wamiqa’s power bank and data cable with him.

Wamiqa was standing outside the restaurant and was constantly requesting Parmish to give her stuff back, through the glass panelling. Parmish, ignoring her, started to have the coffee again. After several futile efforts, the actress finally decided to play the ace card and went inside the restaurant.

Wamiqa went to the table where Parmish was sitting and having coffee alone, started shouting at him by saying, “How dare you! Tu Mainu Dhokha Dita, You cheated on me”. After saying this she left the restaurant with her power bank and data cable, leaving the helpless Parmish embarrassed in front of many people.

And we must definitely say that Wamiqa Gabbi pulled off this prank with Parmish very smoothly, to gain her stuff back from him when he was continuosly denying to give it to her. 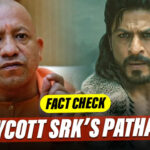