A few days ago, an incident came to the public notice that shook everyone and started a series of events and shocking revelations. It is the story of a boy committing suicide, the story of Beant Kaur Bajwa and the story that forced the Prime Minister of Canada, Justin Trudeau to come before the public and give an official statement.

When the Prime Minister of a country has to speak up on an issue, it surely is a big one! Who is Beant Kaur Bajwa, the name all over the internet today. Let’s know the story.

The whole issue started gaining fire when the news that Lovepreet Singh, a resident of Dhanaula village in Barnala, Punjab, committed suicide spread all over Punjab and Canada. The case unfolded and the family of Lovepreet Singh blamed a girl living in Canada, named Beant Kaur Bajwa, originally from village Khudi Kalan, Barnala, to be the reason behind their son’s death.

Even the chats between Lovepreet and Beant Kaur at those times went viral on social media. What surprised people was a ‘Thumbs Up’ message sent by Beant Kaur to Lovepreet when Lovepreet asked to commit suicide. People blame that in the chats, it can be very clearly seen that Beant is very unserious about the relationship and its Lovepreet who keeps on initiating and continuing the conversation while Beant always avoids or texts only single messages. Beant Kaur said that she had a severe Migraine problem that is why she could not chat with Lovepreet. This made people develop some hate against Beant.

And one day, Lovepreet, fed up with all the trauma, decided to take away his life. Lovepreet committed suicide and immediately Beant Kaur was blamed by his family for the reason behind their son’s death. Recent progress in the case has also brought Rabdeep Singh Johal from village Janetpura, Ludhiana in it. Beant was blamed for being Rabdeep’s girlfriend while being married to Lovepreet at the same time. Suspicion is also that she was planning to marry Rabdeep soon in Canada. Her photos with Rabdeep also went viral on social media.

This wasn’t the end. Now, a new revelation has been made that Beant allegedly applied for a Visa to the United States and mentioned herself as ‘Unmarried’ in the application. Prime Minister Justin Trudeau also spoke on the issue and clarified that nobody can accelerate your chances of Visa approval. There are legitimate consultancies and one should only consider them while applying for a Visa to Canada and not the fraudulent ones.

All of this has made the public develop a strong negative image of Beant Kaur Bajwa. People blame her for taking money, using Lovepreet and his family to reach Canada and then cheating on Lovepreet by ignoring his messages and being in a relationship with Rabdeep at the same time and ultimately for the reason behind Lovepreet’s death. Legal actions are in progress and we will soon discover the actual truth behind the whole issue. 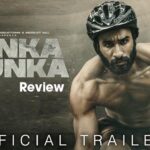 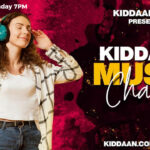