The Union Ministry of Home Affairs, has appointed IPS officer Sanjay Arora, a 1988-batch IPS of Tamil Nadu cadre, as the new police commissioner of Delhi, replacing Rakesh Asthana who retired on Sunday. Currently Sanjay Arora is serving as the chief of the ITBP (Indo-Tibetan Border Police).

IPS Arora had even received a gallantry medal for his action on the syndicate of forest bandit Veerappan. With an experience of working as the SP (Superintendent of Police) in a lot of districts in Tamil Nadu, Mr. Arora has a good hold on ground-level policing.

Who is Sanjay Arora?

Sanjay Arora, hails from Rajasthan, is a 1988-batch IPS officer of Tamil Nadu cadre. He graduated as an Electrical and Electronics Engineer from Malviya National Institute Of Technology, Jaipur. He even has an experience of working as the commissioner of police of Coimbatore city from 2002-2004, and also served as the Additional Police Commissioner of Chennai city.

After being trained by the NSG, Arora played a crucial part in creating the Special Security Group (SSG) in 1991 to protect the chief minister of Tamil Nadu amidst the peak of LTTE activities. From 1997 until 2002, he worked as a commandant on deputation for the ITBP.

From 1997 to 2000, he served as the commander of an ITBP unit that guarded the border at Matli, Uttarakhand. Serving as commandant (combat wing) at the ITBP Academy, Mussoorie, from 2000 to 2002, he made outstanding contributions to the field of training.

Arora received numerous awards, including the UN Peacekeeping Medal, Police Special Duty Medal, President’s Police Medal for Distinguished Service in 2014, Antrik Suraksha Padak, and Police Medal for Meritorious Service in 2004. Now he has been appointed as the new police commissioner of Delhi. 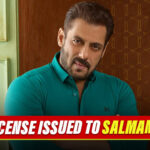 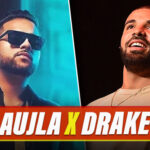