The upcoming Punjabi movie Shakkar Paare has raised the excitement bars of cinema fans to sky-high levels. The film will hit the silver screens on 5 August 2022 with an extremely rich starcast.

Prominent actors of Punjabi industry like Nirmal Rishi, Sardar Sohi, Seema Kaushal, Shivendra Mahal, Honey Mattu and Arsh Hundal will be seen playing pivotal and supporting roles in the film. And with these, the makers of Shakkar Paare are set to introduce Eklavya Padam in the leading role. With him, actress Love Gill will be seen playing the female lead.

Also Read: When A Lady Slapped Shah Rukh Khan After The Actor Shared His Seat With Her!

The fans who are waiting for the film’s release also have their eyes set on the performance of debutant Eklavya Padam. He surely looks charming and has impressed fans in the film’s trailer. But we all will be able to talk in detail about his acting skills after the film’s release.

But before that, there is something we can help you with. If you wish to see more of him, you can check out the music videos of his songs. Yes, Eklavya has been an amazing singer and lyricist as well. He has a YouTube Channel and has released songs like Akhaan Billiyaan, Qayamat, Ro Ro Ke, and more.

The fans have loved his singing and songwriting skills, but will he be able to win hearts with his acting too? The answer will be unveiled on 5 August with the release of Shakkar Paare.

Coming to the credits of the film, Shakkar Paare is directed by Varun S Khanna and written by Vivek Mishra. The film will be presented by Golden Key Entertainment and is produced by Vishnu K Poddar and Puneet Chawla. The trailer of the upcoming film has already been released on YouTube and is garnering positive response from fans. Click here to read the Trailer Review of Shakkar Paare. 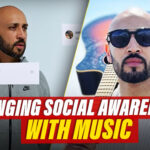 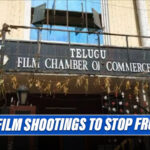