Another shocking and horrific news has been marking the headlines and grabbing the attention of people. The news reads that a 16-year-old girl was allegedly locked and then raped by a religious leader Mahant Sitaram Das. It has been reported that she was raped in the room of the high-security Circuit House with the help of a local history-sheeter Vinod Pandey in the Rewa district.

Who Is Manhant Sitaram Das?

Manhant Sitaram Das is a religious storyteller and was in Rewa to oversee the preparation of a week-long religious event – Hanuman Katha which was scheduled to be held from 1 April to 10 April by his grandfather; Vedanti Maharaj. It has been reported that

The heinous incident allegedly took place in circuit house which is a government-run luxury guest house. The victim was a student at Government Degree College for Girls (GDC) in Rewa. She was allegedly taken to the circuit house by one of her friends saying that a person would help her score well in the exam. She was there forced to drink liquor and was gang-raped.

Reports of The Quint stated that Madhya Pradesh’s chief minister Shivraj Singh Chouhan was in Rewa on 30 March to attend a ‘Rojgar Divas’ programme organized by the district administration. To inaugurate a Vaatsalya Hospital in the district he addressed and said, “I have read about the rape incident in Raj Niwas. The District Collector and SP, I am telling you to take strict action against those involved in the matter. When will these bulldozers be used?”

Reports of Times Now reveal that Rewa district authorities of Madhya Pradesh have destroyed the house of self-styled godman Mahant Sitaram Das aka Samarth Tripathi. It was done by using a JCB machine on 31 March. Not only this, the administration also demolished the house of Manhant’s associate Vinod Pandey. Manhant Sitaram Das’s house was situated in his native Gudwa village under Garh police station. Whereas, Vinod Pandey’s house was in Ankori village under Garhi police station limits.

Meanwhile, the police registered a case against the mahant and his associates on 29 April 2022 under relevant Indian Penal Code sections. It includes 376 (D) (gang rape) and 506 (criminal intimidation) and provisions of the Protection of Children from Sexual Offences (POCSO) Act.

Moreover, four people who are natives of Rewa are accused in the case, out of which two have been arrested. Other two have been identified as Monu and Dhirendra Mishra. 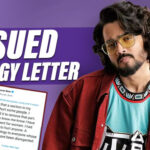 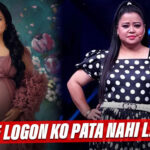