Neeraj Sehrawat, popularly known as Neeraj Bawana, was born on 5 August 1988 in Bawana, Delhi. Since childhood, he was not so good at studies and took his formal education only till class 10. His father wanted Neeraj to assist him with the tenting business that he earlier owned. In his teenage years, Neeraj developed a habit of indulging in fights for petty issues, even on the behalf of his friends. He often received scolding and beatings from his father for such acts. His father is a bus conductor in the Delhi Transport Corporation.

Neeraj Bawana began committing petty crimes like robbing while he was in his teens. He was first arrested for a robbery in Haryana in 2004. Bawana served three months in jail and was later let out on bail. Shortly after, he was arrested again in 2005 for possessing arms without a license and was imprisoned for two years in Delhi’s Tihar Jail. Neeraj rose to fame after falling out with his once-crime-partner Surendra Malik alias Neetu Daboda. When Neeraj was still a fresher in the business of extortion, Neetu was a well-established name in the world of crime. They joined hands at one point and together carried out several crimes. Neeraj was first lodged in jail number 1 of the Tihar Jail in 2015 with other prisoners. However, he was later transferred to the high-security ward (jail number 2) after the Delhi police informed the jail authorities about him being in touch with his gang members inside and outside the prison. As of 2021, he still operates his gang from inside the jail.

Why is Neeraj trending across the media?

Neeraj Bawana is trending across the media, as he has announced to revenge Moose Wala’s murder in 2 days. In a post shared on Facebook, the Neeraj Bawana gang condemned the killing of Sidhu Moosewala and have threatened a retaliatory attack, saying “will give results in two days”.

Also Read: How Sidhu Moosewala & His Idol, Tupac, Met The End Of Their Life In The Same Way?

The cryptic post by Neeraj Bawana issued an open threat, saying, “Sidhu Moose Wala was close to my heart and was my brother. Will give the result in two days.” The caption on the post was “May God rest his soul. RIP brother.” The post was uploaded by an account named Neeraj Bawana Delhi NCR and mentioned several names such as Tillu Tajpuria, Koushal Gurgaon gang, and Davinder Bambiha gang, which had earlier decided to avenge the death of Sidhu Moose Wala. The post has been shared by a handle named after Bawana. The post tags Neeraj Bawana. Bawana is facing several cases of murder and ransom. He is currently in Tihar jail. While it is not clear who wrote the post, it is being linked to Neeraj Bawana, whose aides are allegedly spread across Delhi, Haryana, Punjab and Rajasthan.

The Facebook post comes two days after another such post put up by a handle named after Bhuppi Rana, also a member of the Neeraj Bawana gang. 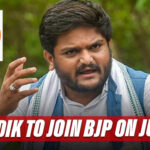 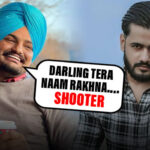