Days ago, Kanika Kapoor released her song ‘Buhe Bariyan’ officially on all platforms. It hasn’t even been a week since the release and the song as well as the artist have found themselves in the hot soup. A Pakistani singer, Hadiqa Kiani, has lashed out at Kanika Kapoor for copying her song and illegally claiming to own its rights.

Hadiqa Khan is a Pakistani singer-songwriter, composer and actress. She has the amazing feat of performing at the prestigious Royal Albert Hall, London and the Kennedy Center, Washington D.C. She was awarded the fourth highest civilian honor of Pakistan, Tamghaa-e-Imtiaz, in 2006.

In 2010, Hadiqa Khan became the first ever woman in Pakistan to be appointed as a United Nations Development Programme Goodwill Ambassador. Her influence in Pakistan can be ascertained from the fact that she was titled as one of “Pakistan’s Most Powerful and Influential Women” by the country’s leading news group, Jang Group of Newspapers, in 2016.

She said in a statement that she owns all the rights to “Boohey Barian” and all the songs on her album Roshni. She also threatened to take strict legal actions against anybody using her rights illegally without her due credits or permission. “I’ve stayed quiet for long enough”, said the singer in disappointment.

There has been no reaction by Kanika Kapoor or Saregama Music on Hadiqa Khan’s allegations and threats so far. 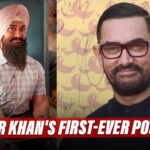 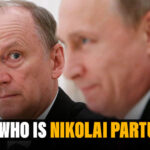