Surinder Pal Singh Oberoi popularly known as SPS Oberoi is a Dubai-based Punjabi billionaire. He is an Indian businessman who donates 98% of his income for the help and betterment of the needy. He is the Chairman of the Apex Group of Companies with offices in Burj Khalifa and in Dubai. He is also the Managing Trustee of Sarbat Da Bhala Charitable Trust in Patiala.

His Trust has worked all over India and overseas, and sponsored brilliant children for higher education, offered pensions to old women, widows and monthly support to NGOs and infrastructural support to educational institutions and jails.

The billionaire man has helped more than 74 Indians from life imprisonment or execution in Dubai. Out of these, 50 are natives of Punjab, one each from Haryana, Gujarat, Bihar and Maharashtra, three from Andhra Pradesh, 11 from Pakistan, one from the Philippines and five from Bangladesh. Mr Oberoi has also paid for 800 air tickets so that families of men incarcerated in Dubai can visit them in jail. On top of this, he has also paid for the men to return home when they are freed.

When asked about his idea behind freeing imprisoned people, SPS Oberoi said that he believes most of those who land up in prison do not have a criminal past. Mostly, they are people trapped in bad circumstances.

Also Read: Hardeep Grewal Gives It Back To People Who Are Comparing His Physical Transformation To Aamir Khan

He says, “Rather than donating money for the construction of religious places, I believe people should come forward and donate money for causes that serve humanity”.

Apart from all this, Oberoi is also known to donate his money to more noble causes. He began donating for the marriages of poor girls, funding the education of underprivileged students and more in 2011.

It was in 2013 when SPS Oberoi first rose to popularity when he paid almost 6 crores to free 17 Punjab natives imprisoned in Dubai. Sukhjot Singh and 16 other men were convicted for the murder of Misri Khan (Pakistan).

Then after two years, one stranger (Mr Oberoi) went to meet the 17 men in prison and decided to help them get free. Describing the incident, Oberoi stated, “I read about this incident in a newspaper. I met the men in prison. I realised that it was a group clash and a man had got killed. One of these men could have been a victim too. They were not hardened criminals. It was an incident that went wrong. I felt they should not spend the rest of their lives in prison. Since I am from a place [Punjab], where people are closely attached to their children, I thought of helping them. That’s how it all began.”

This is one incident, but there have been many such cases in which Surinder Pal Singh Oberoi happened to be the messiah of people’s lives. He has helped and spent crores of money to save people’s lives.

The man with a golden heart has won various awards and recognitions across the globe and is still working hard to help the poor. And now, popular Bollywood filmmaker Mahesh Bhatt has officially begun working on his biopic as well. Yes, the life and good deeds of SPS Oberoi will be showcased cinematically in a Bollywood Biopic which will reportedly feature Ajay Devgn in the role of Mr Oberoi. 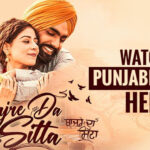 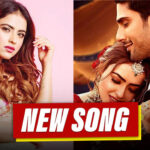