According to reports, a 21-year old Canada-based social media influencer Tanya Pardazi died on 27 August while skydiving in Toronto. She was an influencer and had over 100,000 followers on short-video making platform, Tik Tok.

ALSO READ | Who Is Gustavo Arnal, CFO Of Bed Bath & Beyond Died By Jumping From Iconic Jenga Building

Pardazi had allegedly completed a course before taking the skydive that took her life, a friend of hers told CTV News Toronto. She was a student of philosophy at the University of Toronto. She also competed in Miss Canada Beauty Pageant 2017, making it to the semi-finals of the event. It is being stated that the influencer was not able to open her parachute at the right time, which resulted in her death.

On her tik tok account, she mostly shared videos of psychology, aliens, art, history and related topics. Her last video was on 22 August in which she talked about her urge to solve a puzzle. In the same video, she also mentions that she went skydiving a couple of days ago.

She was taken to a hospital shortly after the fall, but arrived dead. Skydive Toronto shared the news of a 21-year old girl’s death, not revealing the name. However, later it was confirmed that it was the tiktok star Tanya Pardazi. They also informed that Pardazi had opened the main parachute at a low altitude due to which the reserve parachute couldn’t inflate.

Earlier this year, a similar incident was reported in Texas, US. A skydiving instructor died as his parachute failed to open during a tandem jump in the Houston area. It also left a student, who was doing the jump with the instructor, severely injured. 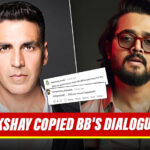 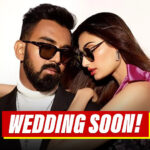