Bigg Boss is believed to be the highest rated and the most TRP generating Indian TV show. It is also one of the most controversial and limelighted shows of Indian Television. Bigg Boss is a game related show in which a number of contestants are isolated from the outside world for almost three months. It has been 14 years since the show started on national television and it still maintains the charm it had in its first season.

But what is that one thing which raises curiosity in people’s as well as the contestants’ minds? It is knowing the face behind the bold voice of Bigg Boss. The man backing the Bigg Boss is Atul Kapoor. Not one, actually there are two men who have taken the responsibilities to make contestants follow them. Both Atul Kapoor and Vijay Vikram Singh lend their respective voices to the show.

Do You Know How Much Is Afsana Khan Earning Per Week In Bigg Boss 15?

You might remember the statements like, ‘Bigg Boss Chahte Hain’ and ‘27 October, Raat 11 Baje’. The difference between the two is that both the declarations are made by two voiceover artists rather than only one. Atul Kapoor is the real Bigg Boss who is behind the ‘Bigg Boss Chahte Hain’ vocals and the other one, Vijay Vikram Singh, is the narrator of the TV  show and sounds equally interesting as that of the main man. People often get confused in differentiating between the two men and the two voices.

Atul Kapoor is a dubbing artist who was born in Lucknow, Uttar Pradesh, in 1966 and has been active in the dubbing industry since 2002. He has done voice overs for some famous English movies like ‘Sherlock Holmes: A Game Of Shadows’ (Professor James Moriarty), ‘Snow White And The Huntsman’ (Eric) and many more.

Whereas, Vijay Vikram Singh, born in Kanpur in 1977, was well established as a Business Development Manager at an MNC but his interest was diverted and carried away as one of his female friends complimented him for his amazing voice. He started his voice-over career with Dance India Dance (DID) Season 1 and got a big break with Bigg Boss Season 4.

Afsana Khan Reveals She Was To Get Married To Saajz In November, But Postponed Due To Bigg Boss 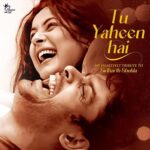 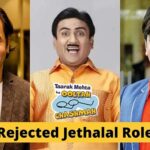