Who is the UK MP Zarah Sultana?

Zarah Sultana was born in 1993, her grandfather had migrated to the UK from Pakistan-occupied Kashmir’s Dadyal in the 1960s. She studied International Relations and Economics at the University of Birmingham and joined the Labour Party in 2011, and was elected to the National Executive Council of the youth wing of the Labour Party and the National Union of Students.

The 28-year-old MP, was elected to the House of Commons during the 2019 general election, representing Coventry South after incumbent Labour MP Jim Cunningham decided to not contest.

Why is Zarah Sultana trending across the media?

When the UK PM Boris Johnson was visiting India recently, MP Zarah Sultana tweeted, “Boris Johnson is visiting India, which has seen a spate of anti-Muslim violence whipped up by Modi and the ruling BJP. But of course, Johnson won’t raise this: After all, his own racist comments led to Islamophobic incidents surging by 375 percent.”

During his India’s visit recently, the British PM Boris had visited a JCB factory with Gujarat Chief Minister Bhupendra Patel, a day after a demolition drive (with JCB bulldozers) was carried out in Delhi’s Jahangirpuri, which received widespread outrage.

MP Sultana lashed out at PM Boris and tweeted, “Boris Johnson failed to challenge Modi on the BJP whipping-up anti-Muslim violence during his trip to India.

Instead he visited a JCB factory the day after the company’s bulldozers demolished Muslim homes in Delhi.

That shows you how much he really cares about human rights”.

That was the question posed by Zarah Sultana in the context of British PM Boris Johnson’s visit to India earlier this month and his meeting with PM Narendra Modi. She was one of the over 200 signatories from the United Kingdom who in 2020 wrote an open letter that condemned the “dictatorial and majoritarian agenda” being pursued by the Modi government.

Sultana has been a critic of Boris Johnson and his government. She has recently accused the British prime minister of “robbing the public purse.” The speaker, in response, told her that this was “just not the case” before asking her to withdraw her comments. 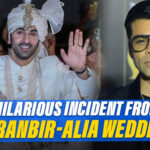 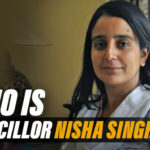