Alia Bhatt has been seen in new looks as she will soon be portraying the story of Gangubai Kathiawadi. The actress has been gathering lots of praise and heaps of praise for her role. The film which will release on 25 February 2022 is based on the life of Gangubai Kathewali, a brothel owner in Mumbai’s Kamathipura area. The poster and teaser for the Sanjay Leela Bhansali-directed film dropped gave viewers a glimpse into the life of the powerful woman that Alia Bhatt is all set to portray on screen.

A controversial but appalling figure in the 1960s, Gangubai’s story was documented by author and journalist Hussain Zaidi in his book Mafia Queens Of Mumbai. So, before watching the film let’s know about the real Gangubai Kathiawadi.

According to the book of Mr Zaidi, he describes Gangubai as a small woman who was just five feet tall and who commanded huge respect in Kamathipura. From a very young age, she dreamed of becoming a Bollywood actor and wanted to come to Mumbai to follow her dreams.

Gangubai was born in a renowned family in the village of Kathiawad in Gujarat, sometime in the 1940s. Her real name was Ganga Harjeevandas. During her youth, Ganga ran away from her home and secretly married her father’s accountant, Ramnik Laal. The two arrived in Mumbai, where Ramnik tricked her and sold her into prostitution for Rs 500. Ganga then gave up her original name and became Gangu at this point.

Her Relation With Karim Lala

Gangu made Karim her Rakhi brother, as she was once raped by Karim’s gang member. She then went for justice during that time they built a relationship that turned into brothers and sisters. Karim Lala gave the empire of Kamathipura to his sister Gangubai and she emerged as one of the ‘Mafia Queens’ of Mumbai. Gangubai who was also one of the victims of the sex trade became a powerful and dreaded procurer of Mumbai’s Kamathipura.

After joining hands with Karim Lala, Gangubai ruled Kamathipura but never used her power to play on young girls and women or forcefully led them into prostitution. Even after all the sufferings, she faced in her life, she was inferred to work for the betterment of all the other sex workers.

She was a kind of a god woman for the sex workers and orphans. Even though she ran a brothel she never forced anyone or asked them to work without their consent. For her, all women and children who were living in the Kamathipura were her children and she cared for them like a mother.

She went on to operate a sex racket in Hera Mandi red-light district and owned a brothel in Mumbai’s Kamathipura. She came to be known as the Madam of Kamathipura for being a crucial procurer in the city with underworld connections, peddling drugs, and ordering murders. In the 60s, she was the only brothel owner to own a Bentley. Later in life, she met Jawaharlal Nehru to discuss the predicament of sex workers and improve their living conditions.

So, this is all about real Gangubai Kathiawadi. Sanjay Leela Bhansali in his poster describes her as a “Strength. Power. Fear”. She has surely faced a lot and struggled for people to give them justice. Moreover, a big statue is installed in the area in her remembrance. In Kamathipura, pictures of Gangubai still grace the walls of the brothels.

Meanwhile, the trailer of the film Gangubai Kathiawadi is also released, if you haven’t watched it yet, tap the link below: 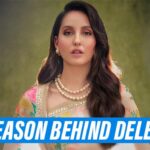 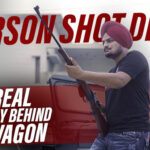