Canada has been coming up with a lot of updates in its immigration policies for the last few months. Moreover, the country seems to be relying heavily on immigration to bridge the economic vacuum created by the retirement of the Baby Boomer generation, but not everyone supports the idea of bringing in so many people from overseas. Notably, there are people who have been criticising these new developments.

The federal government, earlier this month, revealed an ambitious goal to welcome 500,000 immigrants annually by 2025, with about 1.5 million newcomers coming to the nation over the following three years. Moreover, as per the plan, Canada would receive four times as many permanent residents as the United States and roughly eight times as many as the United Kingdom per capita.

However, a recent survey reveals numerous disadvantages of welcoming the immigrants in such massive numbers. Notably, the country took in around 4,05,000 immigrants in 2021, the highest ever in the history. Moreover, it’s believed that the country has been welcoming immigrants from across the globe and easing its policies to overcome the economic crisis and boost its financial status.

However, the reasons also revolve around simple math. Notably, Canada’s population is aging and its birth rate is declining, like many other western countries. This means that immigration will be necessary if the country wants to expand! According to a government news release, immigration already accounts for nearly the entire country’s growth in the labour force, and by 2032, it is predicted to account for the country’s population growth as well.

The government stated earlier this month that they hoped to increase immigration levels by about 25% as compared to that in 2021, welcoming 500,000 new immigrants annually by 2025. Furthermore, the country has been bringing up numerous changes in its immigration policies, making it easier for people to migrate. Mathematically yes, it would be beneficial for the country in many aspects, however, it has its own disadvantages too. 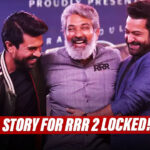 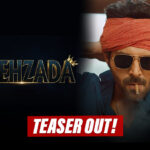