Diljit Dosanjh is among the most successful Punjabi artists ever in the history of Punjabi Cinema. He’s taken himself to Bollywood and established himself as a successful actor in the Hindi Film Industry too. In the past few years, we have seen him getting back to the place he began his career from, the Punjabi Music Industry. In 2020, the singer dropped the superhit album, GOAT and just a year after it, he went on to drop Moonchild Era.

ALSO READ | “I Don’t Care Whether I Get Work In Bollywood Or Not”: Diljit Dosanjh Reveals About His Career Goals

Diljit revealed that his aim of releasing Moonchild Era was much broader than just numbers and profits. He wanted to deliver a message and couldn’t find a better medium than music. He describes music as a source that connects him to people he doesn’t even know. Creating the parallelism between his life and a ride, he said that during the ride, one also needs to sometimes just enjoy being in the moment.

This was Diljit’s sole reason to release Moonchild Era. He wanted to convey his feelings, what was going on around his mind. Another point he had to consider was that he couldn’t release another album of the same genre. He had to bring something different and that is the reason why Moonchild Era had a whole different genre of songs than GOAT.

Before the release of Moonchild Era, we had also seen Diljit posting many such stories on his Instagram account. He posted many stories about how music was one way of him being connected to the world and even the universe. No doubt why he’s so respected among the other greats of the industry. You cannot simply hate this great mind and personality. 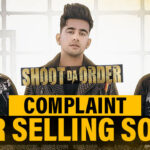 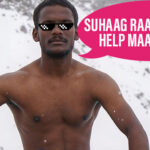