Prominent Punjabi artist Amrinder Gill is a well-known actor and singer who has made his way into the hearts of people through his lovely voice and endless number of superhit films.

The singer-actor, Amrinder Gill has a massive fan following and that’s why his fans love to stay updated with what’s going on in his life and what’s coming in his career front. But unlike other artists, Amrinder Gill is not so active on social media. He in fact, keeps his life very private.

When asked about the same, the singer and actor in one of the interviews revealed that due to movies and songs he dont get much time to spend on social media. Also, he professed himself as an introvert who doesn’t involve much with people.

And when asked about, nowadays, the only way to interact with fans is by being active on social media, to this, he said that delivering songs to his fans and listeners is the only means to communicate with fans. Also, he doesn’t like posting pictures and videos of himself much on social media, because otherwise, it makes him feel self-obsessed.

ALSO READ | Amrinder Gill Jamming With His Friends, A Delight For The Fans

Though he gave a valid reason behind his inactiveness and we know his true fans won’t bother much if he posts his pictures on social media or not. What we all want from him is his outstanding movies and mellifluous songs, and no one can argue on the fact that he never disappoints us on the same. 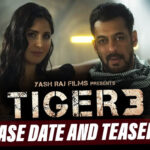 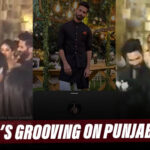