Bollywood actress Kangana Ranaut who is usually surrounded by controversies has recently talked about her wedding. Ranaut once again made headlines when she opened up about the reason behind not getting married.

While various Bollywood actresses have already tied the knot with their prince-charming, Kangana’s fans are waiting for their favorite actress to join the league too. But in a recent interview with Siddharth Kannan, Kangana finally unveiled the secret.

Show’s host Siddharth points out Kangana’s character in her upcoming movie Dhakkad- asks the actress if he thinks this film is an unofficial biopic of her life. He went on to explain that he thinks Kangana is bold in real life too and might be similar to what she has acted in Dhakkad.

(It doesn’t work like that, come on! What do you think, who would I beat up like that in real life? I’m unable to get married due to such rumours.)

After this, Siddharth once again asks Kangana if she really thinks that she isn’t getting married because of such perceptions about her? To this, the Queen actress replied by affirming, “Haan, because afwaahein aisi udaayi jaati hain mere khilaaf ke main ladkon ki dhulaayi karti hoon…”

(Yes, because such rumours are spread against me that I beat-up boys.)

While Kangana and Siddharth stayed busy in this conversation, Bollywood actor Arjun Rampal also joined by praising Kangana. He stated that “She is a brilliant actor and usually stays in her character. But in reality, she is a really sweet person.”

Coming up to Kangana’s upcoming movie Dhakkad, both Kangana and Arjun Rampal joined the Siddharth Kannan show to promote their film. The promotions of Dhakkad are ongoing and the film is set to release on 20 May. 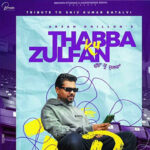 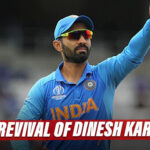