The popular and renowned Punjabi director and writer Jagdeep Sidhu is quite engaged with fans and audience through his social media. He is often seen having talk sessions via Q&A on Instagram. But this time, months went by and the director was not visible sharing posts and stories on social media as he had deactivated his profile for a very long time.

The director last deactivated his account in the October-end in 2021, reappeared for a while and then disappeared once again. It was on 13 January 2022, when fans noticed a post from the director’s social media account, jagdeepsidhu3, in their feed and they were much happier to see their favourite director hack with them virtually on Instagram. But why did Jagdeep take a long break from social media? Why was he unavailable for his fans? Was he doing something extraordinary for the audience or he just wanted a break from Instagram? The answer is definitely in respect to the audience.

Jagdeep Sidhu was actually completing one of his pending scripts! The director was away from the social media and public and was wholeheartedly trying to write a film’s script which he couldn’t do earlier because of the unwanted social media disturbances. But to the very hilarious fact, Jagdeep couldn’t finish writing the script even after taking a long social break. The director shared a funny caption under his post which depicts that the writer-director was unable to complete his pending script of a film and this was why he was away.

Just after re-activating his account, Jagdeep was seen having an Instagram Q&A where he was asked about his upcoming projects, one among them was Qismat 3. People were curious to know about the third part of the superhit film Qismat and it was all green flags from the director’s end.

Meanwhile, Jagdeep Sidhu has movies like Sher Bagga with Ammy Virk and Sonam Bajwa, Moh with Gitaz Bindrakhia and Sargun Mehta and more, scheduled to be released in the year 2022. 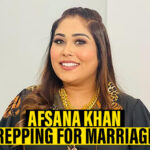 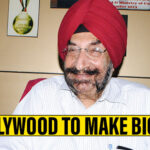