One of the most celebrated artists and ‘Dilbar’ fame Nora Fatehi has faced an issue recently. Her Instagram account with 37.6 million followers was disappeared. Her fans were depressed to see what must have gone wrong with the Street Dancer 3D actor.

The abrupt disappearance of Nora Fatehi’s account came as a surprise to many as the actor had been actively sharing pictures from her Dubai vacation on her handle and never missed any chance to interact with her fans.

The reason for the same was not announced immediately. But hours after the deletion of her Instagram page, it was again made active and then she released a statement. It said, “Sorry guys! There was an attempted hack on my Instagram! Someone’s been trying to get into my account since morning! Thanks to the Instagram team for helping me sort this out so quickly @instagram.”

However, her fans breathed a sigh of relief when she returned to Instagram after hours of absence from social media. Meanwhile, when actress Nora Fatehi vanished from Instagram, the Internet was turned upside down. It came as a surprise because the actress had been flooding her millions of followers with photos and videos from her current Dubai vacation.

The news spread like wildfire, and her followers and well-wishers speculated about her sudden departure. Speaking of the professional front, the actress is known for her impeccable dance skills. She was last seen in Guru Randhawa’s song ‘Dance Meri Rani’. 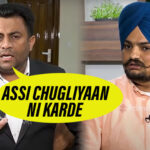 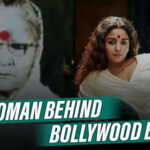