Each time when it comes to the most trending yet controversial shows, everybody knows it’s Bigg Boss. It is the television show which has a crazy fan following, people are really willing to mess up everything in their life including their important schedules.

And this time, it is confirmed that Punjabi model and singer, Sara Gurpal is the next from Punjab to be seen on the sets of Bigg Boss, season 14. As we all know, Bigg Boss has always been into highlights and controversies because it hits hard on the personal life of the contestants too. Celebs often say, they don’t want to mix up their personal and professional life, but still make it to the house of Bigg Boss and get them both messed up really bad.

If we talk about the previous season of Bigg Boss, it was the most watched and popular season because it targeted the personal lives of its contestants including Paras, Rashmi, Himanshi, Asim and Shehnaz. And all this is making us wonder if this time also will Bigg Boss hit on the personal life of Sara Gurpal which is already heated up due to controversies?

If that happens for real, this is going to be really tough for Sara as she has never talked about her personal life and always tried to keep it apart from her profession. Let us know what are your views on this? 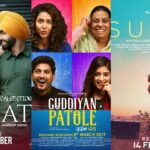 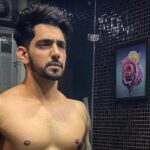